Your family’s day at the beach is done. The kids have had enough of surf and sand, soft-serve custard and SPF 50. But in Cape May, the fun doesn’t end when the sun goes down.

New Jersey’s southernmost resort is a far cry from Wildwood, with its mega-amusement piers and giant Ferris wheels. But its beachfront arcades have been entertaining families for generations. And while many of the games have been updated, automated, and animated for the tech-savvy set, one old-time favorite reigns above them all: Skee-Ball.

The comparatively low-tech bowling-alley game, invented in 1909 by J.D. Estes of Philadelphia, remains popular not only among adults, for whom it has great nostalgic appeal, but their kids and grandkids too. Why? It’s easy to play. It’s fairly easy to score, even for the little ones. It can be played singly or with a group. As always, the object of the game is simple: to toss a mini-bowling ball down the alley and get it into one of the holes.

“Skee-Ball has always been one of the top games for adults and children,” says Adele Tiburzio, who owns both the Cape May Arcade and the Victorian Arcade on the city’s two-mile beachfront promenade. “It’s a real moneymaker.”

Tiburzio has been around almost as long as the classic game, give or take a dozen years, and at 88, she still loves to play. Her two arcades are open from 10am to 11pm from Memorial Day through Labor Day, and on weekends until Thanksgiving. “Years ago, we were open year-round,” says Tiburzio. “Christmas was a big thing.”

The hours are long, but the indefatigable Tiburzio is a hands-on boss, and can often be found on the job at the amusement centers (occasionally, she’ll even roll a game of Skee-Ball, just to show ’em how it’s done). She comes by that work ethic naturally; she represents the fourth generation of the Bertoli family, which has been in the amusement business for more than a century.

In 1939, her father, George Bertoli, introduced Skee-Ball to the 1939 World’s Fair in New York City. The Bertolis also were among the first families to import carousels from Italy to the United States, says Tiburzio. Another family member owns Canobie Lake Park, a sprawling theme park in Salem, New Hampshire.

“This is a family business,” says Tiburzio, “and we love it.”

Young Adele was just 16, a sophomore at Abington High School when she first joined her father’s business. It was the mid-1940s. Her first job was managing a Skee-Ball arcade at Willow Grove Park in suburban Philadelphia. She later earned a teaching degree from Temple University, but Tiburzio spent just one year in the classroom before realizing she missed the fun and excitement of the midway. In her early twenties, Tiburzio struck out for Chicago’s Riverview Park, one of the biggest amusement parks in the country. “It was an amazing place,” she recalls, and had one of the most unusual and hair-raising attractions, too—a parachute jump ride. Then as now, Tiburzio had the energy of a perpetual motion machine and the dexterity of a plate spinner, and she needed both. She was the park’s sole concessionaire, with seven games running, simultaneously and nonstop.

By the early 1970s, Tiburzio says, “I didn’t want to be a concessionaire anymore; I wanted to run my own show.” So she relocated to the Jersey Shore and bought the Fun Land arcade on Beach Avenue, which had been operated for years by the local Tennenbaum family. It is now the Family Fun Arcade. In 1983, she branched out, acquiring Frank’s Playland, also on Beach Avenue; she renamed it the Victorian Arcade. The arcades and Tiburzio have been fixtures in Cape May ever since.

The arcades continue an entertainment legacy that flourished starting in the early 1950s.

Fun Land opened at the original Convention Hall, inside the former Hunt’s Pier movie house. The space, which once had screened the movies of Greta Garbo, Mae West and Joan Crawford, featured the popular games of the era: Nickelodeons, shuffleboard, and of course, Skee-Ball. Pokerino was another big game – so much so, the nickname of the place was “The Poke,” says Cape May historian Harry Bellangy.

“You could take rocket ship rides for a quarter,” says Bellangy, who worked at the arcade as a young man. “Virtually all the games were five cents or 10 cents. There was a photo booth, where everybody would cram in to get their pictures taken. There was a scale that told your weight and fortune. One of the more interesting things we had for a while was a ‘movie jukebox,’ so to speak—it was a short film of whatever band was popular at the time; it was maybe three minutes long, and there were about 20 of them on the device. It was sort of an early video; you put a quarter in and got the band music for two minutes or whatever.”

The arcades did big business for years, and no wonder. Television reception was always iffy at the shore, if not nonexistent. Kids who came to the shore for a week, a month, or a season with their parents typically spent their days on the beach, and their nights at the arcade.

But it all changed with the historic storm of 1962.

Virtually without warning, the nor’easter hit the coastline on March 6, and hammered the peninsula with unrelenting power for three days, through Ash Wednesday, March 8. Winds averaged 63 miles per hour, and waves crested at 35 feet, causing massive destruction throughout the city. “I was in college at the time, and got into town the weekend after the storm,” Bellangy remembers. “The boardwalk was devastated. Convention Hall, of course, was pretty much wiped out. The ballroom at the back end of Convention Hall had no floor, and the walls were gone. The town was flooded, and Beach Drive was pretty much destroyed. And the Beach Theater (which had replaced the Hunt’s Pier movie hall in 1950) had something like three feet of sand in it.

“It is the only winter storm that has ever been officially named by the National Weather Service,” he says. It was dubbed the Great Atlantic Storm.

The trouble with nor’easters is that they move in and linger, with winds that can keep the seas at virtual high tide for extended periods, causing maximum devastation. “Hurricanes go by fast when they get to the Jersey shore, but that storm was with us three whole days, and it just beat up the coast,” says Bellangy.

After the storm, attractions in the city “really decreased,” he says, because of increased insurance premiums and perhaps an abundance of caution. The sea wall was constructed, and dune replenishment became routine. Eventually, optimism prevailed. Beach Avenue was repopulated with new stores, new restaurants and restored or rebuilt homes and hotels. The arcades gradually returned, despite competition from digital devices and online games.

“Arcades have a lot of competition, and they’re closing up like crazy,” says Tiburzio. “Nowadays they’re really only good in recreational areas, because of all the new wireless games that are out there. Kids can buy these games and play all day. But I do well because I try to keep my customers happy.”

Of course, one game will never go away. At Cape May’s dual arcades, amid rows of shooting-gallery games, video games and “Wheel of Fortune”-type games like Big Bass Wheel, Monster Drop and Grand Piano Keys, Skee-Ball is still going strong. The once fully mechanical game is now run electronically, but “the game itself is exactly the same,” says Jim McDowell, manager of the Cape May Arcade. “It’s still very popular.”

Martin Delimar, 8, of Linwood, Pennsylvania, agrees. He recently played a few rounds of Skee-Ball at the Family Fun Arcade, in fierce competition with his sister, Kayla, 10, and mother, Janet.

“I remember playing this game when I was a kid,” says Janet. “It’s the one thing I can walk right in here and know how to do because I remember. I’d rather play Skee-Ball than anything. It’s so fun.”

And the rewards are great. Who wouldn’t want to win tickets that can be redeemed for stuffed animals, vampire teeth and Whoopee cushions?

“We have all kinds of different things,” says McDowell. “It’s almost like a toy store.”

Get a year (6 issues) of Cape May Magazine for $29. Subscribe online

Come Sit for a Spell

It’s a Zoo Out There 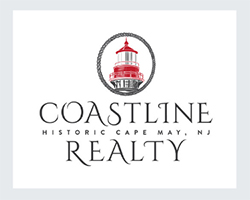